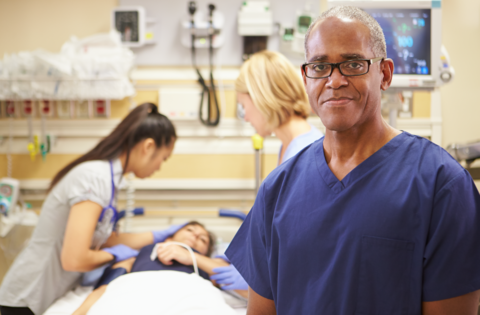 It wouldn’t surprise most health providers to know they’ve likely interacted with a victim of human trafficking. Research has shown healthcare providers are often among the first or only points of contact for trafficked individuals.

But how does healthcare even track the problem to begin getting a handle on how to address it? There really hasn’t been a way, said Mindy Hatton, AHA’s general counsel.

“We can tell you how many people last year were bitten on the left arm by a shark. But we couldn’t tell you whether or not a victim of human trafficking came into one our facilities,” Hatton said. “There’s just something fundamentally wrong with a coding system where you can’t capture that kind of important information.”

That is, until several new ICD-10 codes (PDF) took effect Oct. 1 to allow health providers to report suspected or known cases of different kinds of trafficking including labor trafficking and sex trafficking.

Across the globe, approximately 21 million people are victimized by human trafficking, according to the report, making the ability of clinicians to identify them and provide treatment critical. Research indicates 87% of human trafficking survivors said they received medical treatment from a hospital or clinic while they were being trafficked, but the problem still often goes undetected, she says.

The effort was led in part by Wendy Macias-Konstantopoulos, M.D., an emergency physician at Massachusetts General Hospital in Boston and co-founder and director of its Human Trafficking Initiative.

“It became clear people around the country who are experts on this problem were feeling the need for some way to be able to quantify the problem to help them marshall resources and find other ways to help the victims,” Hatton said.

Macias-Konstantopoulos, as well as Nelly Leon-Chisen, the AHA’s director of coding, led the charge to propose and push the new coding forward through a process to convince officials at the Centers for Disease Control and Prevention that they were workable and needed.

The new codes were announced in June and went into effect at the beginning of this month.

For now, the new coding doesn’t have reimbursement implications. But the codes could help guide new approaches to address trafficking, Hatton said.
“There’s just a widespread agreement it’s a problem, it’s a growing problem and we as a society have to devote more time and resources to stopping it and helping the victims.”