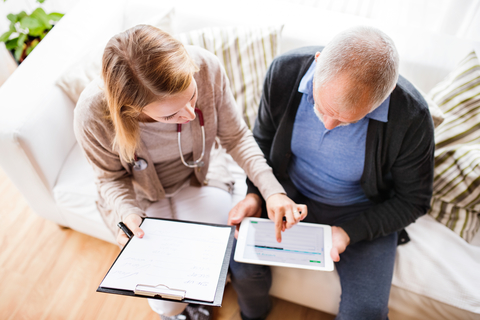 CMS paid $434 million in improper premium assistance payments in 2014, according to the Office of Inspector General (OIG). And the true total of improper payments could approach $1 billion.

At least 461,127 financial assistance policies that CMS authorized that year were not in accordance with federal requirements, the OIG estimated in a recent report. Another 183,983 policies were “potentially improper,” the office found, amounting to an additional $504.9 million.

At issue is a substitute authorization system CMS employed in 2014, which OIG says failed to accurately authorize at least 19% of a sample of premium assistance policies the office analyzed. But the multimillion-dollar loss is also representative of a premium assistance model gone awry—one that sets up incentives for providers to push patients toward private insurance.

“CMS did not have an effective system in place to ensure that financial assistance payments were made only for confirmed enrollees and in the correct amounts for the 2014 benefit year. Instead, CMS relied on [qualified health plan] issuers to verify that their enrollees were confirmed and to attest that the financial assistance payment information they reported on their templates was accurate,” OIG wrote in its report (PDF).

Lacking that verification, it’s possible some of the policyholders were not, in fact, paying their full premium balance but were instead being supplemented by predatory providers through controversial patient-steering practices. Some providers—dialysis centers in particular—have been accused of inappropriately meddling in patients’ coverage decisions.

Because Medicare and Medicaid have much lower reimbursement rates than private insurers, providers have a structural incentive to prefer patients with private insurance. And through premium assistance programs, they have a functional, though inappropriate, mechanism to “steer” patients out of public programs and onto the higher-paying ACA marketplaces: They can make some premium payments on behalf of patients and still come out ahead on the reimbursement side.

OIG does not consider this a “proper” use of patient assistance programs.

To correct for the improper payments, OIG recommended that CMS work with the Treasury Department and QHP issuers to recoup the $434.4 million. However, while CMS partially concurred with the agency’s recommendations, it stated it would not return payments in which issuers “acted in good faith,” nor would it go after issuers that had gone out of business since 2014. It did not provide an estimated figure it hoped to recover.

In its report, OIG also noted that the deficiency that enabled these improper payments has since been solved.